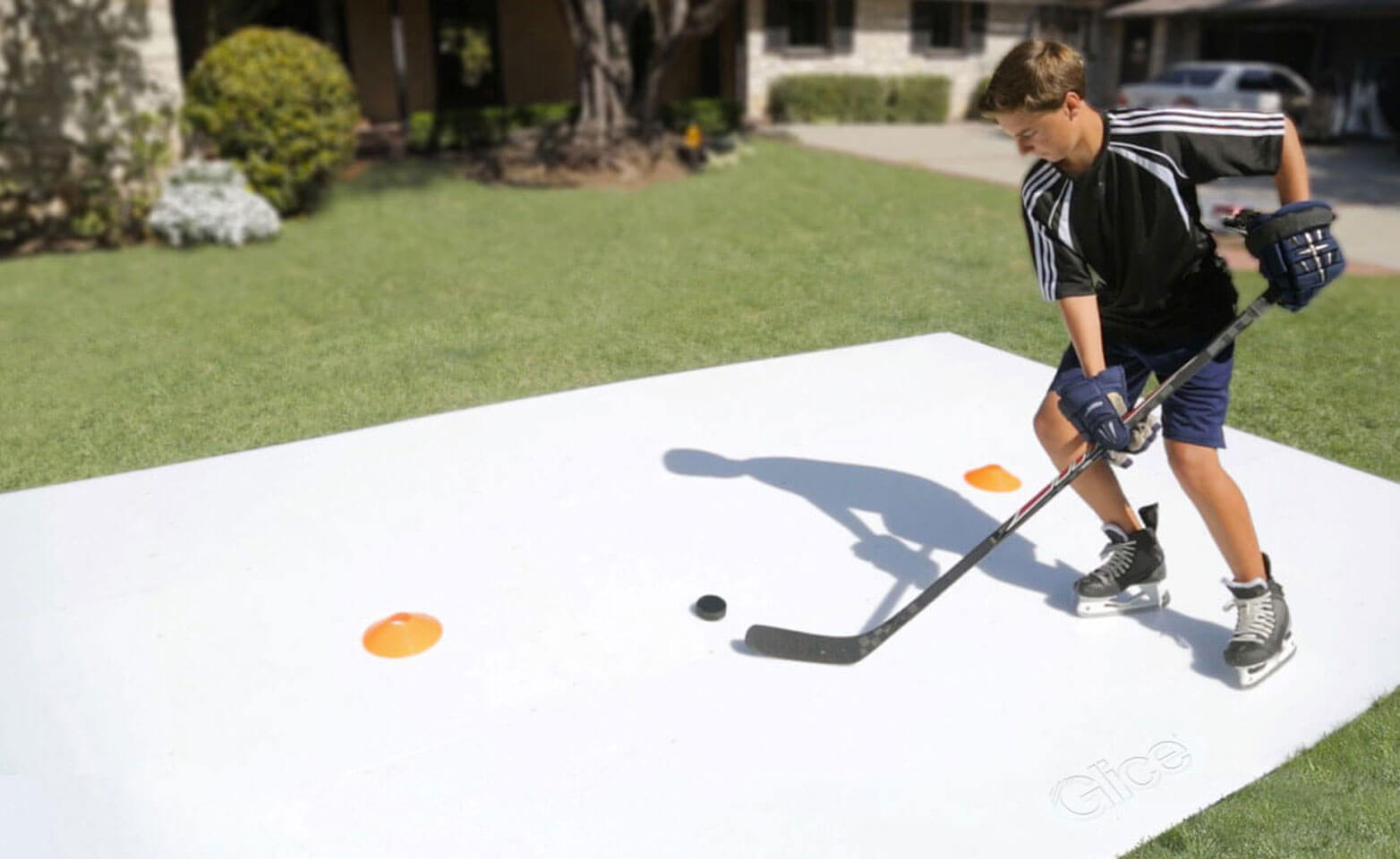 Over the last year and a half or so, there has been a huge interest in synthetic ice. As it turns out, you can install the panels just about anywhere and have your own ice skating rink. Hockey players love this, and so do other ice skaters. Although there have been questions regarding the safety of synthetic ice and that it could be harmful to skaters that use it. Is it safe? You might be surprised at that answer…

What Exactly IS Synthetic Ice?

We all know that traditional ice is merely water that has been frozen into a solid form. Synthetic ice, on the other hand, is not so simple. It is made out of a complex type of plastic that is developed out of synthetic polymer material. This is known as polymer plastic.

In the early days of artificial ice, there were a considerable amount of problems in the way that the flooring had to be used. When skaters ice skated across the flooring, the only way that they could successfully glide across is if there was a constant flow of lubricant added to it as they skated. There was much to learn about plastics at that time in history.

As time moved forward and researchers began to gain powerful insight and knowledge about the way that plastics could be formed, a new way of development came into the picture. Polymers are actually naturally occurring strings of molecules that make up a large amount of the matter that we see every day. In fact, our DNA is a great example of a chain polymer.

As the knowledge of polymers became more clear, developers found that they could create a type of plastic out of man-made polymers that could include built-in lubricating agents that would allow for lubricants to be pulled from the plastic flooring to the surface as the skaters skated across it. Much like ice.

When skaters skate across the ice the blades of the skates dig into the ice and create enough heat from the friction to melt some of the ice. As the ice melts, it leaves a thin layer of water that acts as a lubricant for the skates to slide easily across and glide around the rink. We mentioned above that the synthetic ice of today is equipped with a self-lubricating ingredient that makes skating on the surface much like skating on real ice.

Harmful Vapors from Synthetic Ice? No

There is a theory going around that the blades from the ice skates cause harmful vapors to escape from the synthetic ice panels and go into the air as people skate over them. This is absolutely not true. Although synthetic ice is made out of special polymer plastic, there is no vapers that come from it when it is skated on. The only way there might be a possibility of harmful toxins that come from the panels if they were to be lit on fire.

In fact, the amount of energy that it takes to keep traditional ice frozen through the hot summer months is enough to cause much more ecological damage than synthetic ice could.

Synthetic ice is about as safe to skate on as traditional ice. If you can ice skate like a champion over real ice on a rink, then by all means you are just as safe on ice panels as you would be on a true ice rink. So if you want to figure skate or practice shots with a hockey shooting tarp, go ahead and do it on some ice panels. Enjoy yourself.

***Sniper’s Edge Hockey loves Canada! We proudly ship all of our products to Canada and offer the same return policies as we do for everybody else. We realize the exchange rates for the Canadian dollar are not the best right now, so we’re trying to help by giving you free shipping and no customs/duty.***